Design a site like this with WordPress.com
Get started

Attaching midfield player Trey Williams signs from Cray Valley. Trey has been a professional in Australia and will add pace and creativity to the team.

The final signing is Ajuub Ali. Ajuub is a versatile defender who arrives from Corinthian Casuals.

As we look forward to Saturday, we caught up with the new Leatherhead Manager, to discuss the changes within the squad and his first few days in charge.

“I’m absolutely delighted to bring the new players to Leatherhead, to bolster our squad,” enthused Hayden.

“Understandably, when Luke resigned, a few players decided to move on. Josh Webb, Mitchell Parker, Scott Day and Steven Duff have all left the Club. On behalf of everyone at Leatherhead, I’d like to thank the players and wish them well,” said Hayden.

“The departures left the squad looking a little thin, so the new additions will help the team. Although we will inevitably see new players in the coming weeks, we have signed the new lads to compensate for players leaving. Having done so, I’m now keen to give every Leatherhead player a chance to be a part of our future.”

“I met the team on Saturday morning and have been very impressed with everyone. The attitude of the players is absolutely spot on. They have been a pleasure to work with and deserve a chance to be part of the new set-up. During our three sessions together, they have been given a number of new ideas and are in the very, very early stages of learning a completely new style of football. It’s going to take time and I’m asking our supporters to understand that it’s going to take time. I have no doubt we will be in a very healthy league position in three months but we all need to be patient. There is plenty of hard work ahead of us. That said, I’m very excited of what we are going to achieve here!”

Hayden also provided an update to the Management Team. “I’m delighted Tutu Henriques has joined me. Having worked with Tutu at Merstham and Kingstonian, he is going to pivotal to everything at Leatherhead. Tutu is an excellent coach with a very bright future. We are lucky to have him.”

“I’m equally as pleased to confirm Jermaine McGlashan is staying with is. Already I can see what an impressive character Jermaine is. He has an abundance of experience and has a natural flair on the Training Ground. In moving forward, Jermaine is going to be integral to the plans Tutu and I have for this Club.”

Hayden also clarified the status of the Management Team. “Perry, Steve and Billy have decided to leave and we thank them and wish them well. Jermaine, Olivia, Keith, Mark and Elliott have committed to our future and Tutu and I am really pleased to be working with them.”

“Having met the fans on Wednesday, I have a really good feeling about the Club and am very positive to what we can achieve together. I’d like to thank everyone for their warm welcome and you may rest assured, myself, the staff and the players will work relentlessly to build a team you can enjoy and be proud of!”

This weekend, Chipstead arrive at Fetcham Grove and Hayden is expecting a difficult game. “Rob Kember is doing an excellent job at Chipstead. He has built a good team with dangerous players,” stressed the new Boss. “It’s going to take a big effort to win all three points but I’m certain the Leatherhead supporters will get behind the us, which will galvanise the boys. We are all in this together now and we are all looking forward to it!”

This site uses Akismet to reduce spam. Learn how your comment data is processed. 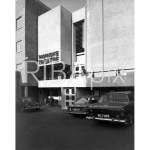